It’s December. As of today we have been staying-in-place for nine months–on my calendar our last day out was March 13…so. We’ve missed celebrating holidays at Mass, celebrating birthdays and holiday with family. Yeah, yeah, we are all in the same boat. What a gawd awful prospect, because we’re not. but that is a rant for another time.

We have Zoomed, FaceTimed, GoogleMeet-ed and it’s not enough, truly. So we partied in our garage. We had a tree, lights, decorations, music. We distanced. We wore masks. There were no hugs.

I’ve been taking a break. Sending out submissions until the middle of November, getting one request for a full. Still, the holidays and all. I’ve been writing a short story for a SinC anthology for the Carolinas, the theme is music and that was helpful in kickstarting my brain. No the short story needs some tweaking, but being creative is a boost for me.

Our life is exhausting, at least for me. Yes, we have food, shelter, we are safe and secure in our little bubble. Taking care of someone who is well aware they are losing their ability to communicate, to move well requires more grace than I sometimes think is available—I feel like my guardian angel is working triple time just to keep our heads above water. It is only my faith and that guardian angel, poor dear, who has had my lifetime of hard work, that make this workable, gets me up every morning, helps me face a day that is more challenging than anything, anything I have ever done. So when a new idea comes to me, a new universe to explore, to write about that is a good thing.

The thing is, this is the second time, the first is out for submission, that I have taken a book written ten or twelve years ago and been able to reimagine, reinvent the characters, give the MC a new voice, because I now have a different voice.

Happy Christmas! We wish you all the blessings of the season, the grace and peace and joy that comes with faith. Write on!

This pandemic life has changed us. We are mostly housebound since Tom’s hospitalization in 2017 for a spinal cord injury. Oh, we can travel, get out, but that is limited. But now, no gym, no lunches, no shopping, no Mass, the lack of socialization is impactful. So, the huge benefit of pandemic life, for me, is the eruption of writing programs moving to virtual. The lack of assembly means scores of authors and illustrators, editors and agents, who are no longer able to do school visits not just because they are at home, but because the students are too!

I am not a copious notetaker. In many programs I find a lot of redundancy, after all, what is really new about writing or storytelling? So, attending these programs is more about what I call ‘the click factor’, someone describing or teaching or focusing on an issue or subject so that at that point in time it ‘clicks’ in your head. You might call this the ‘ah-ha moment’.

To date I have attended a poetry class in Switzerland with Bridget Magee where I learned not only about poetry but how to work on writing my own. Check out Golden Shovel poems. Not a poet here, but a great way to work on your word placement and usage.

When I own something I like to use it all, so a program by Gwen Hernandez on Scrivener was excellent, providing insights into the ways that this writing program can up your ability to focus on the writing and assist in the way to pace, plot and revise. Her book, Scrivener for Dummies is worth the price.

SCBWI Carolinas offered a program on how to ‘Raise the Stakes’ in your writing with Becca Puglisi the co-author of the Emotional Thesaurus,  Writers Helping Writers blog and  One Stop For Writers—a powerhouse online library created to help writers elevate their storytelling.  There were two nuggets in this program. One was identifying the stakes using Maslow’s Hierarchy of Needs. 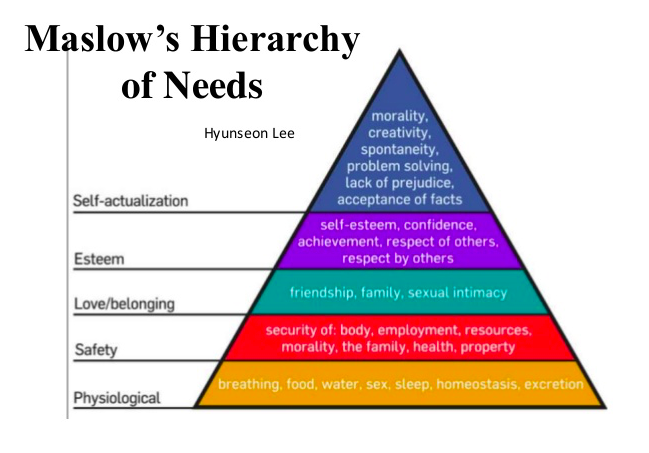 and using what I think of as a syllogism as we used in logic class all those years ago: wants +then+emotion to create the story goal.

An excellent program with the delightful Joy Bean, senior editor Boyds Mill & Kane , was a discussion of how publishing is handling the pandemic, offering insights into all the remote work for editors, publishers, book sellers and marketers in a time of social distancing.

A free program with Feeding Mind Press a part of the American Farm Bureau, on pictures books with speaker extraordinaire, Emma Dryden , provided two nuggets: one on children’s milestones to keep in mind when pitching your stories toward a particular age group and, two, the way to use screen writing in the formatting of your picture book layout.

Upcoming I have three workshops with Free Expressions Workshops, an SCBWI Nevada program on graphic novels and SinC workshops on forensics and plot twists. And, of course there are the offerings of SCBWI International Digital Programs for members, and the newly opened SCBWI Vault.

As impactful as this time is, there is room to be grateful.

Terrifying unless you are surrounded by your own family, in your own house, eating all your favorite foods. We are fortunate, and so are our children and their children. And we are lucky to be able to ‘see’ our children and grands.

In a recent FaceTime conversation with E, a happy and securely loved five year old, told me about social distancing. I thought that was funny.

Then I wondered if I should be sad. After all, these are the sort of experiences that impact and affect our growing up lives.

We hear regularly about the last couple of generations, sigh, I can’t keep track, Gen Z? Millennials? and how dramatic their lives have been…. 9/11, the Great Recession, the Wars in Iraq and Afghanistan and now the Pandemic shutting down the economy and impacting jobs. And it’s ‘okay, boomer’. Like our lives were perfect and wonderful. LOL.

I clearly remember the kindergarten room at Villa Cabrini Academy. A large room off the upper quad, windows on two sides, black chalk boards on the other walls surrounded by bulletin boards, backed by color, overflowing with pictures that were thought, I suppose, to be beneficial to the eye of a kid. There were low square tables with two chairs to each side, brown, I distinctly remember brown and hard. I can’t remember if there were lots of us or a few. I do remember a short sleeved baby blue uniform, pleats across the front from shoulder to hem, a matching belt with a silver buckle, and white collars and cuffs. We wore white anklet socks and Buster Brown shoes. Mine were always a mess. It was 1951. I was four. I had thrown a temper tantrum, of apparently epic enough proportions, demanding to be part of the class. So there I was. The M.S.C. nuns were nothing if not accommodating. Besides, with my curly red locks and cubby cheeks, I was considered adorable, although I am sure Mother Amedia’s ah, brigantine! did not mean angelic! A tall thin nun, with an almost impenetrable Italian accent, perhaps she saw me the best of any of them.

I remember one of the things we learned was ‘duck and cover’. This was California during the cold war. Burbank, where Cabrini was located, was a major part of Eisenhower’s defined military-industrial complex, the major players, Lockheed, Raytheon, Grumman, to name a few, close by. The assumption was that we would be a target. I now think, HA!, like folding up like a turtle, knees tucked under, head down, hands around your head, would protect you from an atomic bomb! 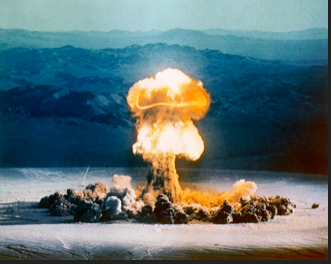 My high school and college years were filled with assassinations, JFK in 1963 <my high school senior year> and MLK and RFK <at the Ambassador on Wilshire Blvd> assassinated in 1968, civil rights protests, Vietnam war protests, the Watts Riots of 1965, the violent political protests of ’68 Democrat Convention in Chicago, the bombings by the Weather Underground from 1960 into the 1970’s , and the Kent State shooting in 1970. In my college, CalState Northridge, Black Power was active and more than once attempted to block students from class. The administration building was set on fire, LAPD Swat Teams, in full swat regalia, visited campus more than once surrounding the Free Speech quad.

I am sure that my parents could list the impact on their generation. Born in 1911 and 1913, before the 1918 pandemic, I never heard them speak of the horror of it, but it must have been. From Scranton PA, my dad lived in town on Pittston Avenue, my mom in Blakley on the main street. We all have historic happenings that somehow shaped us, colored our thinking, enhancing our fears. My hope is that this experience will be one that makes E stronger, not now, but in the future. That it will not be the fear of the virus that holds her imagination, but the fact that she was loved, protected and cherished. And that it is her responsibility to continue to love, protect and cherish her family and friends. Sappy, I know. But it is my wish that the fear not be the overriding memory. That laughing about social distancing, playing with CH and Zooming with other pre-K classmates be the memory that keeps her in the future.