Tomorrow I leave for LA, Los Angeles, in California,  the city where I grew up. Well, not really. We first lived in Sepulveda, maybe Van Nuys [I was little then], Burbank, Chatsworth, Granada Hills, which is mostly in the San Fernando Valley, north of Los Angeles, so inland about maybe forty, fifty miles? But still, LA.

It’s been interesting going back after more years away than I care to admit. And, it’s true, you know, what Thomas Wolfe wrote, you can never go home. In the book it’s because the residents don’t like the way the town was depicted in the writer’s story. But that’s not it for me, although in someways it is. The most important part is, it’s just not there! I doubt if I could find a church or a school or a house that was important to me.  On the trip from LAX to the Century City Hyatt where we stay for the conference,  I recognize all the street names, but not one of them looks familiar. And, actually, the hotel where we stay for the SCBWI LA Conference  is across the street from the parking lot for Century City Hospital, at least it was when I was there! Now, its a huge office building.

But that’s not it. You could change everything and you should still recognize a city. When we go to New York every winter, we find that buildings have changed, the subway route has changed, even the Staten Island Ferry has changed, but NYC? The city?  Yes, it’s changed because of terrorists and 9/11. There are barriers in places I didn’t think you could fit something like that in. And there are different traffic patterns, and there is the loss of the WTC, but IT IS still THE CITY! That’s the way Tom introduced it to me. All in capital letters. Very insular, very provincial, not unlike Boston, but still…

The LA I grew up in was eccentric, outre, the vistas wider, the climate milder, the opportunities broader. It was the West! as my mother would say and those were not hills, they were Mountains. It was not who you knew, but what you knew. But not any more. It is, and, has been for a while a bad joke for nutzy. LaLa land. The Left Coast. I surprised some tennis players last Thursday when I mentioned that in the 1940’s and 1950’s Hollywood was Republican. They didn’t believe me!

But. Beyond the politics, the lifestyles, the political correctness, the excesses and the jokes,  the whole idea of going back has always confused me, like with reunions. If I had wanted to stay in touch, well, I would have. I was never one for comparisons and that’s how I think of going back. Because of who stayed. Did you do better or worse by leaving? Did they by staying? And are you comparing like to like?

Growing up is all about choices. That’s what should happen to a character in a story. Maybe they don’t grow tremendously, maybe there is no huge epiphany, but there should be choices. And with those choices, yep, you got it, consequences.

What do you think of on a rainy day? Sitting by a fire reading a good book? Napping and taking it easy? For me, if it rains all day it should be either November or February and it should be chilly. That was then…this is now.  Since I’ve lived on the east coast, which, Sigh, is actually longer than i lived on the west, most often rain meant summer and humidity. Weird. For me. Still.

This summer has been the wettest I can ever remember. 6.75 inches in July alone. The backyard is a swamp, the sprinklers have been on for only two weeks this year, so yes, we are saving money, but.  Lol, isn’t there always a but. But it seems like there are more bugs than usual, Tom is spraying every week, putting in those larva cakes to kill anything growing in the pond.

So while many of us joke about building an ark in the garage, we still say, ” but we need it.”  “Come on!” I say. Seriously?  At the beginning of the summer, yes, but now, that swamp in the backyard tells me the water table is filling up, maybe full up. If science was going to be amazing, it would figure out how to move all this water from where it is to where it would be needed. But a rant would digress.

Back to rainy days. They are nice. It is almost like God telling us to take a break, sit for a while, 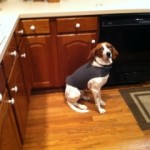 enjoy the sights and sounds of nature at its most uncontrollable. Although, I do believe Missy, who shakes and hides in the closet in her Thunder Shirt, thinks I could stop this, I can’t. And there’s no way for her to understand. I just wish she could relax and enjoy this too.

I’ve always read, and I like reading history. I thought I would be a historian, someday, but no. I had a great aptitude for business [and little patience with academics and academicians] and that’s where I spent my time, but I read. History could be anything from the where paper clips came from to the journey of mankind, and just about everything in between. My favorite history is biography, maybe it is because I grew up on all the lives of the saints books at Villa Cabrini, that small library off the quad, right next to the fifth grade classroom, or history is personal for me, we all have our story. The origin of history, late Middle English (also as a verb): via Latin from Greek historia ‘finding out, narrative, history,’ from histōr ‘learned, wise man,’ And, because it is our stories, together, that make up who we are and what we are.

When we first moved to North Carolina I read the just published Taylor Branch series about Martin Luther King. I knew the MLK story, but this time I was struck by where I was during the story, a freshman in high school while civil rights were being challenged in Greensboro, North Carolina. And it felt a lot like living that history and I understood how memory works, the whats and whos and hows of history can be funneled through a lens not of your making, but of your living.

And, on Saturday I read a recent review in the WSJ of Isaac and Isaiah, about the back and forth of what followed the World War II: East versus West, Capitalism versus Communism, and Freedom versus Oppression. It dawned on me how much we’ve been losing in the decades since the mid-twentith century. We lost the intellectual battlefield, the high concept discussion about philosophical difference, the ability to shape cogent arguments about our belief systems, be they religious, political, economic or ethnic. We’ve sunk to invectives, slurs, name-calling, rallies and protest.

A powerful article is a case in point to one side of the argument of the issue of race.  Shelby Steele on The Decline of the Civil Rights Establishment  points to the how much progress has been made and yet how many victims still exist, and not necessarily the victims you suspect you know.

When I was in high school I was in an experimental history class, today it would be independent study. We were given those purple mimeographed pages of reading and assignments, there were six or eight section to complete. If you completed all of them then your grade was an A, thinking that you completed them well. It was a bit revolutionary for the early sixties at Alemany, staffed by the Sisters of St. Joseph of Carondelet, the same nuns of Mount St. Mary’s in the hills above Hollywood. There’s a whole story that goes with this, but not the one I’m telling now.

The final section was to write a term paper. The class was on American History. If I had had the chance I would have preferred European History, 1066 to 1503 specifically, but no, it was American History or none.  I’m not a fan of colonial America. I don’t particularly care for studying The Civil War. I thought the late eighteen hundreds fascinating, but it was World War II that held my attention.

And, the heroes I thought the least likely to get their turn at fame was the spies. After all they were the ones who nobody was supposed to know.  I read everything I could get my hands on, those who worked with the resistance, those that really didn’t exist, those who were women and those who died saving thousands of people. I had this Trivial Pursuit knowledge of spies and war. And that was who I wrote about.

The passage of time has always been instructive for history. Rosenstock Hussy said ‘memory is tyrannical’.  We have to go past memory.  In the late 1990’s, television journalist Tom Brokaw called the WWII generation, the ‘greatest generation’. His thesis was that this was a generation who had suffered the deprivation of a great recession and were willing to put their lives in danger for an ideal––democracy and freedom, in a way that no other generation has done.  Fifteen years latter, a book recently reviewed in the WSJ, A Call to Arms is about mobilizing for the war, the issues of shortages, rationing, and the government versus free market, and in some ways calls into question the cohesion of that greatest generation, as well as the politics of the time.

That’s what we say to each other in weather like this. Hotter than hell weather. Drop dead humidity 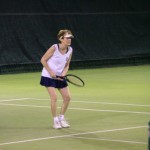 weather. Weather that makes you wonder why people even settle in the south! Okay, there are lots of reasons to live in the south, the 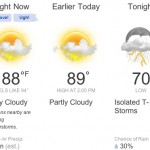 weather being one, but not when you go out and run around in it until your head aches and your eyesight begins to turn brown around the edges. Heat stroke, a very weird sensation. So are we nutz?

And, it’s been hot.  We drink plenty of water, we make sure we stop and breathe between points, and when it’s gets blistering, like today, 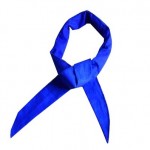 I wear a frozen neck scarf [watered and in the freezer for at least twenty four hours] around my neck. There’s that pressure point at the back of your neck, if it’s cool then, you stay cool.

When I took the required PE in college at CalState Northridge, I took tennis. A professor, a PhD. taught the class and believed that tennis was a gift from the gods. This was the late 1960s and he took us into the Sports Arena, now the Staples Center, and we watched exhibition matches of Pancho Gonzales, John Newcombe, Rod Laver and Ken Rosewall, my favorite. We watched their footwork and their strokes, remember these were the days of the wooden racquet, the metal racquet was just making an appearance with Wilson being the first. And the word was, use that Wilson and you’d lose your elbow in a matter of years.

Well, I use a ceramic racquet now. I like my racquet handle heavy, to balanced. And, I play this game because that professor was correct, tennis is a gift from the gods.