I have a belief system. I grew up with it. I was able to stay with the system, examine it, challenge it with those more learned than me, toss it around a bit and not find it wanting. I feel fortunate it has stood by me for all these years. As much as I am, this belief system is me. It is so ingrained in me that one daughter was recently shocked when I stated that while I am Irish, Roman Catholic and American, I am American first, no question! To me, that deep core belief that I am American first comes sincerely from the fact that I am Roman Catholic–I understand beliefs harkening back hundreds, even thousands of years. I get what it is to sustain that belief. I know what it is to stand by ideals that may not be popular,  may even be deadly.

Why does this matter? Because I am working with a historical narrative nonfiction where there are newspapers, videos, memoranda, minutes and personal remembrances. And I remember, pretty clearly, the emotion, if not the actual fact of his death. And I know he is all but forgotten by the academicians and the diplomats.

We have changed as a country, a world,  so very much not just in the last half of the twentieth century, but rapidly in the twenty-first. 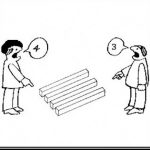 On the news this morning a correspondent mentioned that he felt the increasing anger and unrest over policing, gun control, racism, terrorism and even climate change have a lot to do with the rise social media. Somehow that feels convenient, and yet?

What I see is that our paradigms are our labels.  Or, are we unknowingly perhaps, putting labels on ourselves through the way we post our paradigms and the way the online community responds?  We post the highlights of our daily lives on Facebook, Twitter, Instagram, etc. We check to see how many likes, loves, wows are on each posting. It is addicting and it feels so much like a community, like we know these people. But is it? Do we? For future writers of narrative nonfiction will all of this, like diaries and memos and minutes and newspapers of the past,  become the ‘first rough draft of history’?

When we write nonfiction, especially historical narrative nonfiction we are doing more than just relating dates and descriptions. We are telling a story, and in telling that story we are giving a reason why this is important. We are effectively saying we can learn from this story and be better.

How many of us seek validation of what we think by those around us? 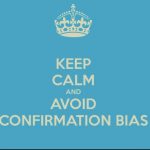 It is the comfort zone of bias, yes? How many of us are willing to shift our paradigm to see what others see, to check our bias at the door and be open? Will we feel adrift?  Will we feel wishy-washy because those who hold to their paradigms and bias seem strong?  Or are we the strong ones because we have been willing to walk out of our comfort zone and explore our viewpoints and possibly even change them?

The narrative nonfiction I am writing begins over a hundred years in the past. Some of it was shocking and new to me, as if it had just happened. I was amazed at my lack of historical knowledge or perspective. This was history I had totally ignored.  In effect I had no view of this time period or of this historical place. I had no bias. It was a blank slate.

I have read narrative nonfiction where a thesis is stated and then confirmed. A voice in my head, coupled with my own limited studies, some of them a half a century ago, tell me that this may be too simplistic, too easy and a cheat to the readers of the book, especially as those are young readers.

So when I realized the history is new, I also realized my views of the institutions surrounding that history are very distinct . I can easily find confirmation of my viewpoint online, I know the blogs, the 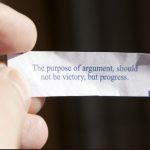 comments sections, the places to go. But should I? What will that do to my story? My want, nay, my need, is to tell a story that is essentially unknown today by so many in the world, but one that the world needs to hear. And I want that story to be as close to what happened as possible. Not necessarily a truth, but what actually happened.  Why? Because it is a story of peace not victory, of reason not hate, of compassion not cruelty.

In writing this manuscript I feel I am in a fight with the most visceral of my emotions, going against what I have come to ‘believe’ as true, at times it is exhausting. Regardless, I must deal with preconceived and find my  way as I am writing.

The Rough Draft of History

As Charlotte North Carolina explodes in senseless  violence, not too different from Baltimore, Chicago, New York, Ferguson I am reminded of the way journalist Alan Barth wrote in 1943 , “News is only the first rough draft of history,”  a quote normally attributed to Washington Post Publisher Philip L. Graham. The attribution is irrelevant. What is important is the use of what I call ‘raw history’ in writing about the past.

I am writing a history of a twentieth century figure, a person known by his first name, who died in a senseless way.  I am reluctant to name him because right now his story is continually evolving in my head. No, I take that back, it is not his story.  I know that cold, better than cold, I have visited his birthplace, spoken with those who seek to maintain his legacy fifty plus years after his death, even viewed videos of his press conferences and speeches. Books on him splay across the back of my desk and academic journal articles are in labeled folders.

While there is plenty of news to find thanks to the ability to Google actual digitized articles, I am stuck by how correct Barth’s statement is. I would add that those books written in the first ten or so years of his death are also raw history. Why?  Because the writers are using the limited data  of the time–the newspapers, the eyewitness accounts, the minutes of meetings, the recordings of speeches to enliven and capture the essence of the man.

Those writing after fifty years work to bring a different thesis  to a new and maybe an uninformed audience, so they are important in how they construct their stories.  One writer wants to canonize him, something I am sure he himself would find abhorrent. Others want to redefine his accomplishments in light of new information released from government vaults, information not available in the twentieth century. And others relegate him to a lower status because they see those who grew in stature because of him–without seeing the trend line from the him, something I think he would smile and ignore.

So Charlotte North Carolina? An hour from my home but as terrifying to watch as any of the other cities with violent protests. We are involved in a fight I never thought would occur in the United States during my lifetime. It is not just a fight, it is almost a civil war.  While we have this amazing technology like  body cameras, CCTV, we have highly charged narratives competing for that ‘first rough draft of history’, the news. These narratives do not have the benefit of perspective, nor do they always have the benefit of clearly described and documented facts.  Where are these narratives taking us? What questions have we asked? What questions should we ask?

Let me ask some.  Why do these young black men have guns? Will gun control change this? Were people always this angry? What changed? Why is unemployment for minorities, especially blacks, the highest in the country? Why are we opening our borders instead of finding ways to give our own an opportunity to find dignity in work? Why are vouchers and/or charters not available to each and every child in the US so that parents can make the decision about education of the child?

It is really to early too see all of this in perspective, we are still writing the rough draft.

Reading Your Own History

When do you think you read your own history? Or maybe it’s read history during your own time.

I think the first time it dawned on me was when I was reading a book about Twyla Tharp  and I realized that the days and dates she was discussing I had lived. And I could remember things I was doing.  Not anywhere near her circle, of course,  I was west coast, she was east, she’s about four/five years older than me. Then it happened again when I read Taylor Branch’s Parting the Waters and I realized at a very visceral level that while those young men and women who were a scant one or two years older than me were sitting at the lunch counter in Greensboro North Carolina while I was maybe in class or eating lunch in the open Quad, or more likely, pranking one of the nuns at Bishop Alemany High.

Now I am reading Killing Kennedy by Bill O’Reilly and I am struck by how much is not history to me, but memory. Not of the personal issues of the Kennedy’s [those came out only much much later after Jackie had solidified the ideal-falsely I think-of the administration as Camelot] as closely told in the book. Mine was the view of a teenager watching the entire presidency and then assassination take place. Even then I was something of a political history wonk. Somehow I remember being in school, it was my senior year at Alemany, but as it was the Friday after Thanksgiving that’s doubtful. I do remember Sister Roseanne, SJC, our principal announcing something over the loud speaker and all of us being shocked. But again, I don’t think we went to school the Friday after the holiday.

What I do clearly remember is the hours of television over the weekend devoted news in Dallas, in DC. The video or was it pictures? of Johnson taking the oath of office. I remember the reporting about the feuding between the two families, the play, the name I can’t remember, that intimated that  Johnson was complicit in the assassination. I remember the naming of the Warren Commission, mainly because Earl Warren was from California. I even read parts of the Commission Report.

The funeral was on Monday. Nobody had school. We all sat and watched. The country stopped.  I have picture of the funeral cortege made just for me. A friend, Pete, a couple of years older and in the Defense Language Institute outside of DC was able to attend the funeral as part of the people on the street and sent me copies of the pictures. They are color, little, maybe 4X4 inch. But it was a clear, sunny day, not warm, as you can see people in the crowd wearing coats. There are pictures of  the riderless horse,  and the horse drawn caissson. And the crowds. Sigh.

Why am I blogging about all of this? Two reasons. I am writing a creative narrative non-fiction about a person in the twentieth century and as Rosenstock-Hussy wrote, “Memory is Tyrannical” and I believe that to be true. I need to sort what I know from what I remember.

The second is about how we remember–even days that are not part  of our own personal history. More on that later.

But for now, I am deep in the throes of having lived history. Daunting.