At mass last night, Father Sheridan stated this is a good time to make resolutions for the coming year. [Father said he makes the same one every year, ‘to clean out his refrigerator’, yep, a good laugh for the congregation]  Well.  Maybe.  Liturgically we’ve already started our year. In some cultures the new year began in spring, which makes a lot of sense. I guess we can thank the Gregorian Calendar, and Julius Caesar, for straightening the way we pay attention to how our small ‘blue marble’ goes around our star, Sol.

I think if we could vote, I’d vote for new year in spring. First off, it would be warmer for all the parades. You would not have to wear your entire closet in order to go outside. I’d like that. Okay, I admit it. Cold is not my friend, especially these fifteen and twenty degree temps we are seeing even in NC. A temperature of at least 60? All right, today I’d take 50 degrees.

But here’s the thing, cold does not inspire me to run out and work at anything. I’d be happy to be warm, under a lovely blanket, next to a nice fire, with a brandy or maybe a whiskey, yeah, even a hot chocolate! This is hibernation time. This is bundle up time.

Still. Not a bad time to move forward. I’ve been reading a lot. 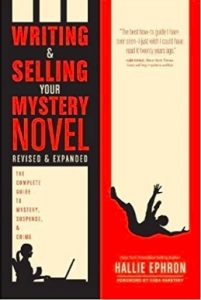 I picked up Hallie Ephron’s book at the suggestion of a beta reader. And I’m glad I did. It’s not new stuff. I’ve seen it before. I belong to Sisters in Crime. A wonderful organization for the fan as well as for the writer. And through my local 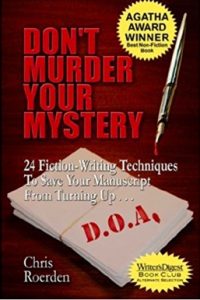 chapter of Murder We Write I have had the honor and privilege of knowing Chris Roerden. Actually, one of my stories is cited in this version.

Besides reading about writing a great mystery, I’ve been reading a number of mysteries, just to see how they go through the mystery.  As an aside, I use the North Carolina Digital Library and I use Book Bub to get books for the kindle. One that I recently read was interesting. The mystery was thought out, the settings were realistic, the dialogue was good when it worked. This was an independently published book, 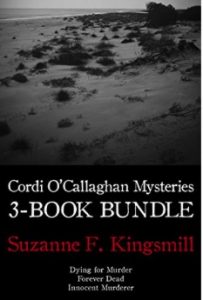 the author is Canadian and this matters. Why? Because while the initial setting is in Ottawa and the Canadian aspect of character development is good, [this was published in 2014] there were inconsistencies that took me out of the story. Additionally, the book needed serious editing. One whole chapter was repeated in the first book. The same phrase for emotion was used for three characters, and there were whole sections of the story that gave it length, but added nothing to advance the mystery, the thrill or the suspense. For something written in 2014 there was no use of a cell phone [do they not have them in Canada :)?]

You can learn from the good and the not so good. I already have comments from one beta reader and awaiting from the second. Yay, revision! Good times!

It has been a different and traumatic new year than the one I envisioned in the most recent post. While it looked pretty ordinary it has turned into something extraordinary.

Tom’s neck trauma has changed our life. I am now proposing only one car, building ramps, engaging home help, buying new beds, and remodeling our bathroom. Some of this was already on my list, most definitely some was not.  Admittedly I am not the best person to be a caregiver; I am impatient. And while I will be Tom’s primary caregiver, I am also his other half, he is my better half.  The impatience is not a result of the speed of our times, this is me, just ask the girls. While I do understand pain, I don’t understand how you don’t just plow through it. Sigh. Yes, I know there are pains you can not plow through.

This makes me think about my writing, the fragility of  emotions,  values and wants of a character. Many of us of, ahem! a certain age do not understand letting feeling rule. For me it is about reason, order, making the best of a situation and always trying to be the best. It is not about what my flaws and failings are, god knows [small g, of course] that they are legion! Yep. I am pretty sure I know them all, and probably a few no one even had an inkling about.

But what about my character? Feelings are important. Yes. But sometimes I feel like I am in a stage drama when I read a story where the wants and needs of the character are insistently on display. Yes, I find it annoying. I get it, but still it is annoying.  A recent quote in the WSJ on Theater states that theater is the act of pretending. True, this article is more about the ‘theater’ of political discourse,  linguist, John McWhorter states, “Nobody is hurt in that immediate, lasting and intolerable way by some words that a person stands up and addresses…to an audience at a microphone.”

Writing a novel about a character is also an act of pretending. So why do we allow our feelings and that of our characters to be so fragile. Feelings are not hurt by a punch in the stomach, the stomach is. Feelings are not impacted by a fall, nope, it is the bones or in Tom’s case the neck and the spinal cord. We humans are fragile. We can not be pounded, beaten, shot, fall without some damage and that increases as we get older. Yet our feelings probably should not be so fragile if we want to exist in this world, make this whole thing work, this civilization~ laws, government, discourse. We must allow our characters to be themselves, some may emote like a Sarah Bernhardt, and some may be stoic like a, hmmm, this is hard, who recently is stoic?

So, where am I going with this? Hmm. I think I want to be somewhere in-between, with a character that has both feelings and is willing to keep them in, not on display and not emoting.

I think in someways that is Emily Pouverain Delaqua in Becoming the Only. Raised by a grandmother because her mother died when she was three, she is content with being reasonable and rational until her grandmother suddenly dies and her father is arrested for the murder. She is able to keep her emotions in check because she is able to confide in a journal and an imaginary friend, Star Ann. And with those emotions in check she can concentrate on saving her inheritance and finding the real murderer.

Ah, but will it sell.

On Sunday we enter a new liturgical year. For me this is a better time than the calendar new year to sit and contemplate my goals and objectives, my faith and fortune, my needs and wants. Not really resolution time, more like assessment time.  Assessments are evaluations. Assessments work to estimate the quality, quantity, nature, ability of the something.  So this is more than just my writing. It is my everything.

For purposes of this blog, we will still with the ‘what I do’ not ‘how I live my life’ assessment. It is a common statement ‘do what you love and you will never work a day in your life’. And I was privileged and loved and cherished so that in essence that is how I have spent most of my life. That’s not to say that there was not turmoil~ there was. Or that it was all smooth sailing~ it wasn’t. Or that every second of every day it was butterflies and roses~no!

What is means is that I was always given the option to find my own path, and while I am 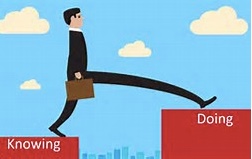 grateful, I’m not exactly sure if that was a reflection of my early boomer status~ there were few in front of us, or my own personality~ I was really a ‘what me worry?’, or that I was actually that accomplished and aware.  LOL, accomplished maybe, unawareness was a sort of hallmark trait.

I’m doing more to advance my own writing than ever before. Spending time on it. Attending webinars, programs, conferences. I’m using beta readers to get a sense of how my story is 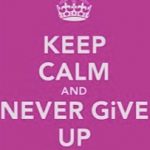 perceived outside of my critique group. And lastly, I am not rushing off to submit. I get that I have submitted too early [although in my defense, it ‘yea, it felt’ right].

It’s hard for me, not to rush in.  I do it well. I solve problems. I am a command person But #amthinking is where I am right now. And as I think forward to 2018, that is a great assessment.