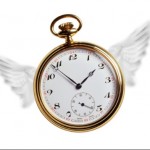 Ah, but truly, my last post was March for St. Paddy’s day. Now it’s hot, well, what would you expect in June, in the South, in North Carolina?  And while I do think that time flies, sometimes I think it has a habit of moving right past me without telling me. And, it’s not like I haven’t written, I have. I’ve written dozens of posts in my head. After a book I read, or after reading an article or seeing a spot on TV. I want you to know, they have been clever and audacious, erudite without arrogance, succinct but complete. In other words, well written. Sigh. But once again, only in my head.

I need a CMR like Kiera in Continuum, where she can think it and it happens. Maybe not, you don’t really want to see what it’s like in my head. Sometimes neither do I. That’s why this blog is Musings, not inside the mind of….  So, I’m categorizing this as random chitchat and hopefully I will do a better job in the future.