My electric can opener died on Friday afternoon. I was making dinner and needed to open a can of diced tomato. I put the can in the proper place, pushed on the lever and there was a noise like a falling rock, a buzz in the device and the can did not move. I have no idea how long I’ve had that can opener but a long time. No worries, I went onto Amazon, looked up electric can openers, compared several and bought one. It arrived the next day.

Welcome to the Twenty First Century. Well, sort of.

I was eight when Disneyland opened in 1955. And we went. In those days you were likely, even at eight, to be in a dress, shoes and socks and on your best behavior. It was an event. I clearly remember the Home of Tomorrow by Montsanto when it opened in 1957. Long lines, but inside. Well. Wow. There were video phones and ovens that cooked stuff in minutes. It was all very plastic and very bright.

Even back then I was a huge Sci-Fi fan and my mom found me the Lucky Starr series written by Asimov under the name Paul French. 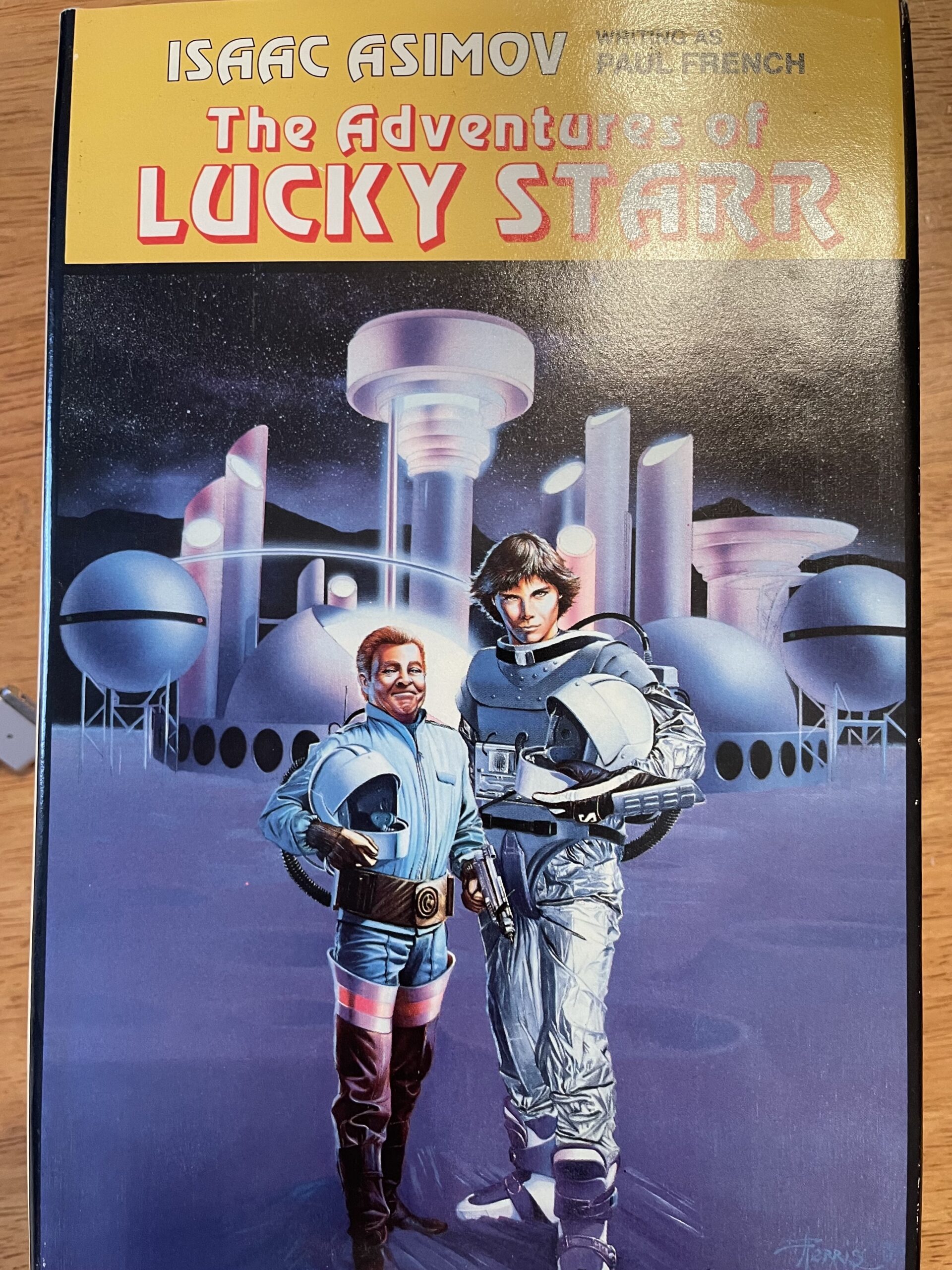 Asimov writes in a conversational tone, you feel like you’re right there. Lucky wasn’t his real name, it was David or Peter or something, but Lucky he was. And he had all kinds of cool future stuff, a rocket ship, computers, maybe even a robot–after all this was Asimov. At a time we were talking about video phones, and microwave oven and flying cars, Lucky had his tool belt. And the tool belt came with his own personal force field. In one adventure it let him go close to the sun to solve the problem.

So here we are in the twenty first century, twenty years in actually. We can get things we want overnight. If you live in a big city, even that same day. We don’t have flying cars, but we do have video phones and microwaves and computers and rocket ships, even a space station.

I’ve forgotten much of the Lucky Starr story, but that tool belt with the personal force field–that’s my yard stick for when we have made it into the twenty first century. Sadly, we are not there yet.