My dad was the most organized person I knew.  I learned early on what being organized meant.  To dad it wasn’t ‘go clean your room.’  It was ‘make your bed, pick up your toys, put your clothes in the hamper’. 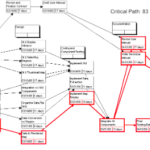 Review Technique.  This was when those whiz-kids at GM and Ford matriculated into government work and started apply this technique to war in the Johnson Administration.

There are some great definitions of PERT but for me, it was identifying what takes the most work and what can be done while doing that project, or what was needed to get to that project.

I loved PERT–it gave a system to Dad’s organization.  I could use it for everything from designing a program for new hires to cleaning my house.

The past ten days have been a horror of failures, mostly appliances,  in my house. After a routine HVAC maintenance visit, a pinhole leak in the refrigerant unit demanded a new coil. Then the washer made funny noises and just stopped.   Lo and behold, the dishwasher wanted some action and  started flashing unreadable codes on the control panel.  And then….I lost a sock. Sigh.

Step one; do not panic. Step two; find the appliance repair 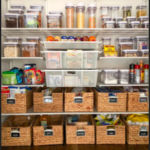 With the dishwasher, it was an electrical interruption that scrambled the control panel. Step one, find a flashlight. Step two, find a marker to ID the breaker. Step three, find the electrical panel. [just kidding, I knew where the panel was.]

I am not a plotter.  I usually start with the ending…figure out where I want to be, i.e., who gets murdered, how and why,  and then work my way back to the beginning. Okay, so maybe a reverse plotter?  I know my destination,  but the steps can take me up, down, 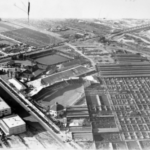 sideways…kinda like the way my Mom got to places…did you know LA had a Stockyard?  We found it on our way to Hollywood on an errand for Dad…yeah,  not even close to Hollywood!

I like to take the steps one at at time and hopefully they lead straight into a mess, if they don’t, it is, what is Step one to get to a mess? Then Step two….

STILL it always starts with: Step one, get a pen. Step two, where are you? Step three, what’s the scope of your story? Step four, write the first sentence.

There are times when the steps get too steep.  I have to abandon the computer and the pen and do something else.  Step 1 A, let the little guy at the back of my brain do a little work. Step 2A, toss him in the air, roll him around, see how he lands. Step 3A, challenge the little guy to arm wrestling.

I often wonder how other people think.  I mean what does their inside voice sound like to them?  Mine has yet to hit 21, maybe.  I doubt if it ever will. But still I can do just about anything because I always begin with Step one.

Except for that still missing sock. Sigh.