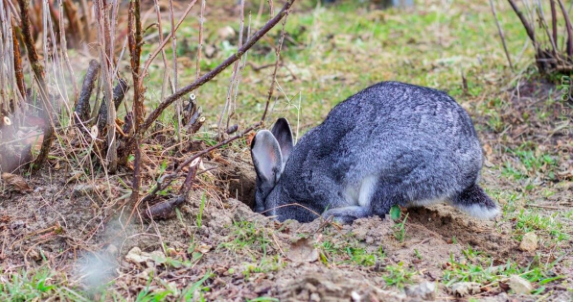 I read.  I have ‘free’ accounts to many a news website. More than the articles I like the comments section. It’s like a self-selected virtual town square where you can sit back gauge the temperature of the room. Beware, you go into that room, you lose track of time.

Recently I signed up for the one-month-free  Daily Telegraph subscription to read what was going on ‘across the pond’ during the days and weeks leading up to the funeral of QEII.  A  long time Anglophile [ always particularly enamored of 1066 to 1603] I was facinated to learn about how Balmoral became the biggest marketing coup for tartans everywhere after Queen Victoria purchased the land in 1852, bringing Scotland more closely into the British orbit. Or, how the gun carriage carrying the coffin of Queen Elizabeth dates back, again, to Queen Victoria [or maybe Nelson after Trafalgar]  and that it is human-drawn because the first time it was used the horses shied, either from a broken harness, or the coffin.

And, yes, I do read the gossip.  But the best part is the comments which are, in many ways, exactly like the comments sections in US based website. Comments that agree, comments that disagree, comments that go off track–sometimes totally and, my most favorite, the comments that edit; either spelling, syntax, tense and, of course, the dates. The British, I dare say, are far more up on their grammar and  historial dates than I see in the US.  In the Daily Telegraph, at least, they come across as less partisan, mayhaps that is because articles I am reading are about the non-partisan monarchy, who knows?

The other fascination with the comments is how I can ‘hear’ the Britishness of the writer. The mentions of non-officer navy [we would call sailors] as ‘ratings’, ‘rubbish journalism’ said another comment about the fainting of the guard at the catafalque.

Rubbish journalism–I really need to remember that one.

Then there is,  of course,  the line awaiting passing by the coffin of Queen Elizabeth, a  Q– or queue.  Apparently the MPs [Members of Parliament] were given tickets to ‘jump the queue’ but as one comentary began  The queue is sacred; those who flout its rules risk the ultimate British sanction: a hostile glare, a passive aggressive sigh and, in extremis, a loud tut. You have been warned.

Continuing my slide down,  I happened upon an article about Theresa Coffey, the new Health Secretary.  Ms. Coffey has told workers in the Department of Health and Social Care to stop using the Oxford comma in their communications. She is interested in having the workers be ‘positive’.  The ban on the Oxford comma– a punctuation mark which some people place before the last item on a list – is being resisted as being patronizing.

As one commenter wrote: Good to know she’s got a handle on the important stuff and not worrying herself silly with the NHS cancelling appointments and operations.

Ah. Understatement….sometimes lost in the US.

Remarkable! This is an article on  English grammar, is a front page topic, and  in a major newspaper.  Can you imagine one of our cabinet secretaries sending out ‘guidance’ on the use of, say, ‘jargon’ or the use of ‘bullets’ when communicating with the public?

Backin 1961 the FCC Chairman called TV a ‘vast wasteland. Did Mr. Minow live to see the internet? Good lord, what would he have said about social media, the all-encompassing tech that wanders between being a cesspool of short declarative irrelevant thoughts or the highlights of someone else’s life or cute cats, or family dance moves.

In someways this blog is part of that–why do you really want to read this?

Similar to  TV in 1961 the internet is many things,  educational, entertaining, illumative, subversive, and yes, mezmerizing. Just like Alice’s trip underground, in my trips through the internet sites  I do find amazing things; tidbits of history, charming phrases and interesting words, meet fascinating people, and learn about wonderful adventures.

But unlike Alice, I use a timer to remind myself that the internet is not life.  I have things to do…still, the rabbit hole does tempt.