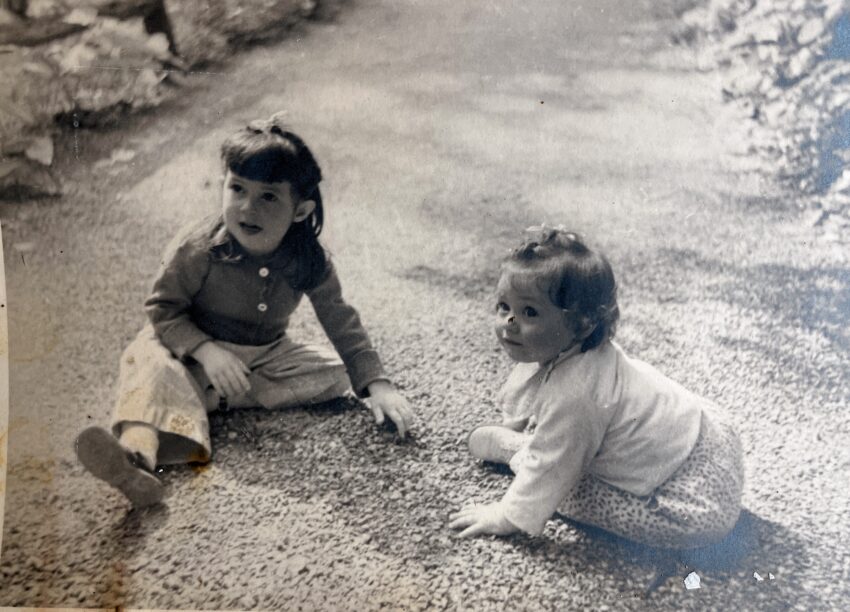 Our niece came to visit this weekend. She was the first! My first niece, the first grandchild….And, there was a brief time, back when she was very small and I was much younger and unmarried, when she almost lived in my back pocket.  We would take rides in my TR Spitfire, top down, her little rear belted into the bucket seat, until she decided she had something to tell me. The she would climb out of the seatbelt and stand on the gear shift–didn’t matter if we were on a neighborhood street, PCH, the Santa Monica Freeway—she would reach out with her little hands, grab each side of my face and say, “This is important.”

I would, literally, have done anything for this child.

Then I moved east and we saw each other sporadically. There was always a connection. She’s a lot like me–but smarter, braver, more clever, definitely more pretty.  Her politics are a galaxy away from mine, but we just don’t go there.

And I would still, actually, do anything for this child.

We were all excited when my sister announced her pregnancy. My parents were thrilled to be called grandmommy and granddaddy. Me? I did not want to be called Aunt. <shudder>  First of all if you say it way it sounds you sound like a snob, or Franklin Delano Roosevelt. If you forget the ‘u’ you are being grouped with an eighteen legged creature of microscopic proprortions.

Growing up I recognized there was a big difference between family and relations. I barely knew the maternal side of the family as they were still very east coast and only came west once in the mid-fifties. And the family, Dad’s side,  we had in LA were more of the ‘relatons’ variety who we saw on holidays, weddings, baptisms, funerals. They were always well dressed, and formidable.

I just wanted this kid to call me by my name.I did not want to be an authority figure.

And she did. Call me by my name. Since becoming an adult she has added  ‘Auntie.’ I’m okay with that, most of the time. I visualize Roslind Russell, as Auntie Mame and her panache, without the cigarette holder– Yeah, I can live with that!

We spent this weekend reviewing photos, old photos, some I’ve never seen. I never knew my dad sailed—so pictures of him with my mom’s brothers on a little sailing skiff in Chesapeake Bay was amazing.  My parents wedding in 1942. And then there were the multitude of pictures of my sister and I in matching outfits for just about everything from Christmas to Easter to some German picnic we apparently attended….

The headline picture is my sister and I  at Natural Bridge Virginia on our way west in 1948. I’m on the right.

There is something remarkable about photos. First off you have to remember if you remember the picture or the event. Then you need to remember the story and that may lead to another story.

There is a Lois Lowry book, THE SILENT BOY, which speaks to the power of photos.  Apparently coming upon a pile of old photos Ms. Lowry took some and weaved this story together, the photos sprinkled throughout. She could not have done this with a video.

Today it’s all video. And, I respect video, they offer so much. We witness expressions, hear voices, see movement.

I am in the process of passing the family archivist/historian torch to my niece. And I am most grateful!  Sigh. Who knows who will pick it up next. I’ve done the National Archives, have multiple census reports off microfiche. I’ve been to Dublin Castle  in 1976 when it held all the Irish archives. I have parish records.  I have pictures of the original home, farm in Ballisekeery, Co Mayo. We are doing the geneology sites. I have stories. I know names, which is all good.

But the photos! In a photo you see a splitsecond in time! A  photo is a moment, a caught memory that was important to someone and can be held in your hand.  Wow. Just Wow!