My favorite biblical story is where Adam and Eve get to name everything. I always imagined them sitting on a log side by side. Sun shinning, nice breeze and,  “Lion,” says Adam pointing to a fluffy white ball with a puff tail.  “No, silly,” says Eve, shaking her head, pointing elsewhere. “That is a lion. Look at the teeth, the mane, the eyes.” And so it would go, day after day until they almost ran out of words…LOL, nobody runs out of words.

Almost every child has a naming story. For me the doctors were sure I would be a boy born mid to late January. Well, I must have been very comfy, because I didn’t come out until February 2 and at that I was born at around 11:40 PM, noticeably the last time I was truly a ‘night’ person. With the boy thing, my parents picked a name: material grandfather and paternal uncle. Oops!  My mom suggested the name of her favorite cousin. Turns out my dad was not enamored of said cousin. Compromise time. Part of the name but not all. [as was the custom then and turns out the perfect saint for me–Teresa of Avila! another blog posting for that one] with a very Irish nickname. At home I was rarely called by my baptized name–well, unless I was in extreme trouble–and yes–I did hear it often enough. But I considered my ‘nickname‘ my real name. Ah, sly parents trying to trick the middle child!

What made me think of this? An article in the WSJ: DO WE LOOK LIKE OUR NAMES?  The consensus is that people come to look like their names. Ha! I don’t think people LOOK like their names. I couldn’t pick a Joe from a Ralph, or a Mary from a Susan. But I do think most grow up, and in that process of growing, they perceive how others say, write, add adjective and adverb to that name! The author of this study talks about naming her daughter Lilac,  “and already, she says, people are cooing that Lilac is blossoming into a beautiful flower and smells just as sweet.”  Poor child!

My name…nickname…was very different. [From 1880 to 2015, the Social Security Administration has recorded 23 babies born with that name in United States. The name was first given to 5 or more babies in the year 1967. The highest recorded use of the name was in 1969 with a total of 7 babies.] It is/was consistently misspelled, miss-pronounced, made fun of–yes the bullying part [except by the nuns who were uncanny in singling me out–was it the name? or the child?], one of the reasons why I don’t use it except with family and close friends. And here’s the deal: I don’t think we look like our names, but I do think we PERCEIVE ourselves as our name. Add to that birth order and you have a combination, for me, that could keep a panoply of mental health professionals busy for a lifetime. Ha!

So. Naming. For a story it is like from the inside out–the idea comes with a name– 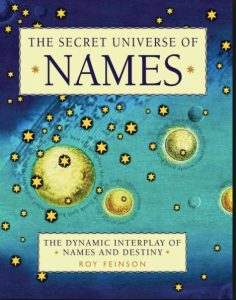 the story and the character who will have both the active and emotional fortitude to take the story to the conclusion. It has taken me a while to figure this out. I’m slow :). Not prone to a lot of internal examination, so this journey to understand where the names of my characters comes from has required more time than I wish. But! And here is the cool part. When I look up the names I am mostly right on in my choice. Damn! This could have saved me a lot of time in my revision!