Today we celebrate our independence. Our country’s birthday. But it wasn’t. The declaration wasn’t even signed this day, I believe the truth is, it was read this day. It’s not like there was this nine month growing from seed to country and then Happy Birthday, you are a country.

This was a process, long, contentious, war-wearying, irrational while yet being the most brilliant, most rational, most 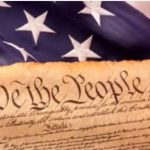 elegant solution to government that anyone had ever seen and will likely see again. There is no country on this planet that has been granted the freedoms and the opportunities that are available here. A wonder of wonders for two hundred forty one years.

Today we are divided not just politically but culturally and emotionally because of that WeThe People document and the constitution which did not come into existence until later. My American history is a bit rusty. Not my favorite historical period, truth be told, I have always found it burdened with too many overtones of emotional response, this is my country. It is hard to separate my pride and glee that I was lucky enough to be born here, grow up here, work here, live here.  And, whenever I travel, now or in the past, I am always stuck by the fact that this is where I want to be. Living abroad was an interesting idea, but not one I would take seriously. That is just me.

In the seventies, during the Vietnam war, it was ‘love it or leave it,’ an extreme sentiment to be sure, and not one I agreed with. Because of, maybe in spite of this sentiment, it feels like we have spent the past forty years trying to be more like everyone else, Europe, especially. In my research in the colonial period of Africa, I find that Eurocentrism so strange. It is a view that Europeans are right, they are perfect and the rest of us, from the Americas to the East and the Mideast  to the Africans, are all just slightly less; undereducated, under civilized, and undergoverned. The change in political parties running the US government can be seen as a repudiation;  that many are not willing to abdicate their inalienable rights to a political elite in Washington. That we want to be less governed. We are not undereducated, but perhaps not well taught. Not undercivilized, but civilized differently.

I find it to be unconscionable that some may want to deny what are my inalienable rights for a supposed, in their discretion, a greater good. My rights are not subject to anyone else’s suppositions!  I am not a revolutionary, never could be. Well, that is wrong, I could be persuaded, not sure what I could do at this point, but…. 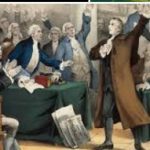 with gun and sword, who believed all those long years ago, that humans were and are able to think for themselves and to govern themselves with enlightenment, facility and courage, we owe ourselves and our children better than what we  have now.

This is about me, and you, my family, and yours. This is about a country that was founded on the basic truth of acceptance. Acceptance that this is a just and viable form for govenering a free people.

More than happy birthday, thank you.